Writing a Contract is the best way to:

Below is the cover sheet of our PDF and Word Contract. Scroll for more images, info and download options. 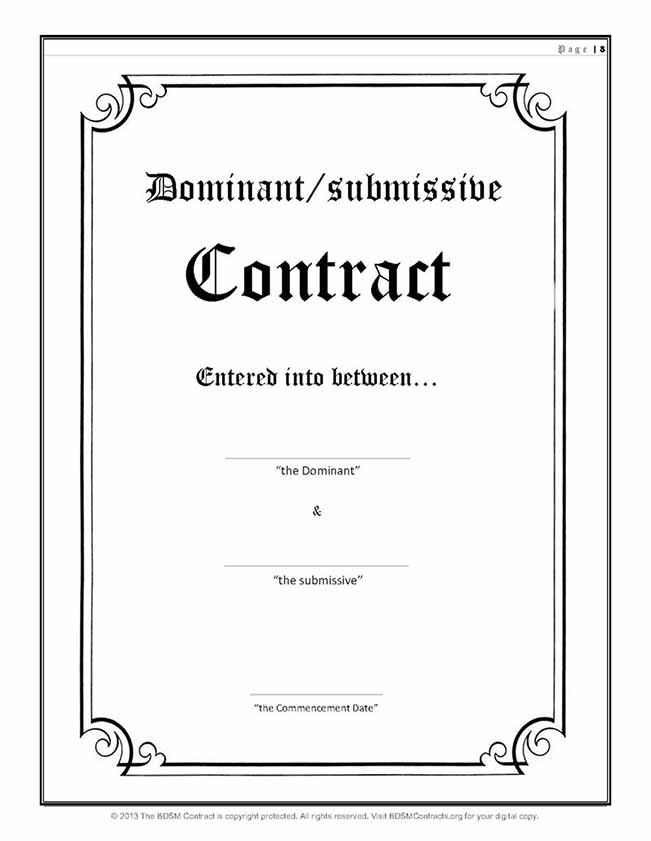 ~ A Legal Style Document to Negotiate and Define Your Arrangement ~

* the gender refers to the submissive.

Need something nicer than a printout?
Present your rules in this hard copy D/s Contract template.

Please note that contracts for consensual slavery are not legally binding.

Here are screenshots of some reviews of the Dominant/submissive Contract:
See all reviews here.

A Dominant/submissive relationship requires faithful submission from the sub and loving guidance from the Dom. This type of arrangement is more lenient than a Master/slave power exchange because the sub may stipulate limits to the Dom or Domme’s authority. However, this doesn’t mean that a D/s arrangement is any less meaningful.

Areas that are Off Limits

Since a submissive has the freedom to make choices in respect of areas which are “off limits” this should be reflected in any document that is signed. The wording doesn’t usually say “the Dominant will not have control over…” or “the girl has the right to control these areas….”. The clauses are typically drafted to sound as though the Dom/me is empowered rather than being stripped off Their powers. So the off-limit areas (don’t confuse this with hard/soft sexual limits) are not usually mentioned at all. Instead, the document stipulates clearly what parts the Dom/Domme does have control over. For example “He shall have the ability to control and make decisions with respect to the following aspects of the sub’s life”.

Of course, drafting the clause in a general sense will give the Dominant more flexibility with decision making. For example saying the Domme has the power and responsibility to look after the slave’s health and fitness gives Her a wide scope of control. Under such a clause, She could make the sub train five times a week in intense classes, eat a strict vegetable only diet and punish him if he slip up even a little.

If you don’t wish to give the Dom all decision making power over a certain issue then you can still Him some control by creating a specific clause which you both agree on from the outset. For example the clause can stipulate that the submissive must participate in two aerobic sessions per week and weight training once per week. This way the sub is still under control but to a lesser and more bearable extent. If you are worried about handing over total control, then the degree of domination must be made clear in your contract.

As for safe words, a sub will usually have the right to stop play for any reason just by calling a word that is agreed upon. Some covenants have a second safeword to signify that the sub wishes the Dom to reduce the intensity of their actions, but not stop things completely. Unlike subs, some slaves don’t believe in having limits and some even refuse to agree on a safe word. Their rationale is that they trust Master/Mistress completely and they believe there shouldn’t be any constraints imposed on Their ability to take charge. This isn’t the case in D/s contracts because play and methods of punishment are curtailed by the sub from the outset.

Just because subs retain some decision making power doesn’t mean they have less desire to serve than a slave. D/s relationships in no way show lack of commitment or devotion toward Them. They are still a very legitimate BDSM arrangement, one which may even last longer than a slave situation if the slave struggles to give up total power. Either way, you should know your own abilities and boundaries in deciding whether you wish to retain some control or whether you are prepared to submit your whole self. Both ways can be very rewarding; you just need to discuss and negotiate your intentions from the start.

Is Your sub Ready for a Dominant/submissive Relationship Contract?
Switching between Dominant and submissive roles
A submissive’s secret desire for a Contract
How to be a good sub without losing your personality

In addition to the front cover sheet which you see at the top of the page, here are some more images of the Dominant/submissive Contract.

A table of Contents allows you to easily skip to the relevant parts of the document.

The Introduction Page shows you how to use the Contract and tips for entering into a Dominant/submissive relationship. 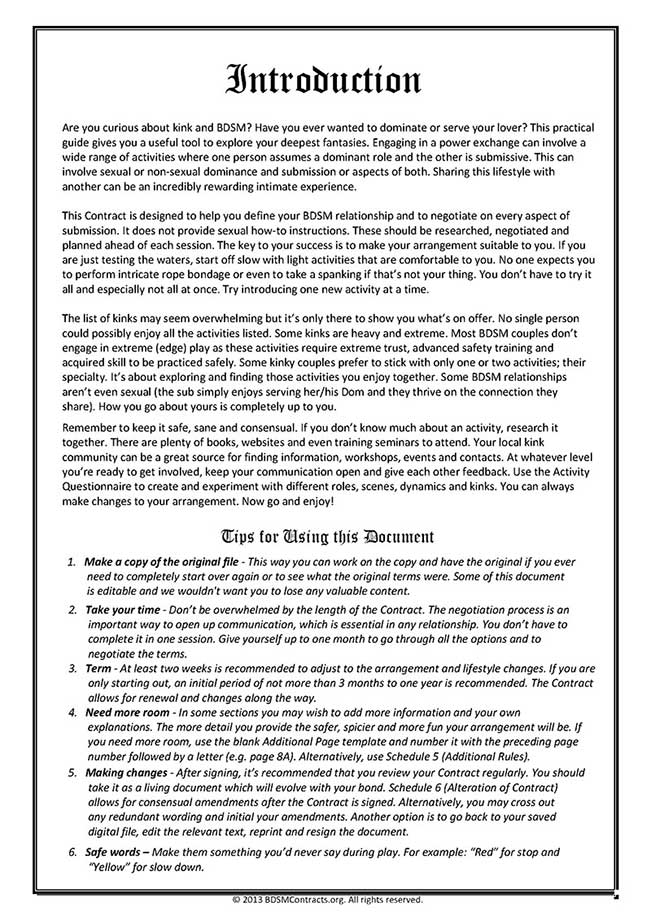 The Bonus Clauses give you ideas of rules to incorporate into your Contract. 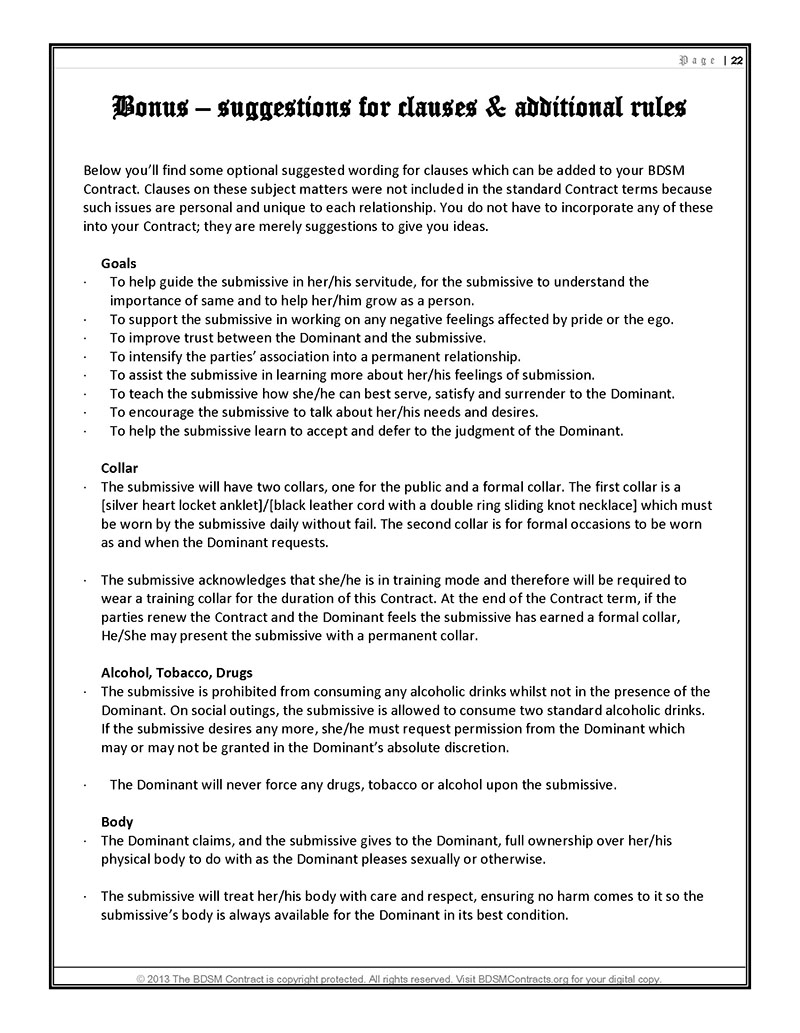 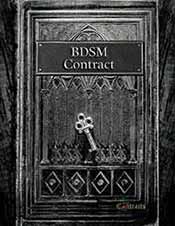